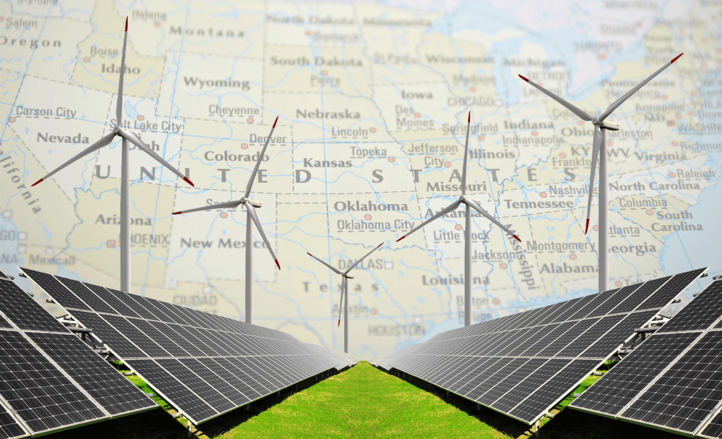 State lawmakers across the country either have wrapped up their legislative sessions or are on the verge of what they refer to as sine die.

The result is a panoply of policy that’s mostly good, but also bad and ugly when it comes to our nation’s economy, environment and sustainability.

For the most part, states continue to be beacons of hope lighting and leading the way for our nation on climate and clean energy amid lack of leadership at the federal level. In doing so, the most forward-looking states are creating new jobs in clean energy, driving economic growth and investments — and helping all of us in the fight against climate change.

Backed up by cities and regional consortiums, state lawmakers this year made it easier to get renewable energy in some parts of the country. They increased energy efficiency standards to reduce waste and carbon emissions in others. And they expanded the availability of electric and other low-emission vehicles for consumers.

But in other parts of the country, they also gutted clean energy expansion plans to bail out utilities’ aging nuclear and fossil fuel plants; they tried to ban offshore wind, and in one case, they simply walked off the job to stop a vote on one of the country’s most promising climate change laws.

Here’s a closer look at some winners, losers and also-rans:

No state in the country has done a turnaround on clean energy like Nevada. Just four years ago, the Silver State passed solar policies so restrictive that they essentially drove the state’s huge solar industry out of the state (or out of business), putting thousands of Nevadans out of work as well. Nevadans learned that was a bad idea — economically, environmentally and otherwise. As a result, this year the state legislature passed a bunch of new climate and clean energy bills, including:

This oil-and-gas state in recent years has fully grasped the economic importance of clean energy and protecting the Rocky Mountain air, water and environment that makes Colorado so special. This year, lawmakers passed smart policies that will:

Climate-centric Gov. Jay Inslee may have dropped out of the race for president, but his state is a clear winner when it comes to passing climate and clean energy policy this year. With encouragement from Inslee, the state legislature ended the 2019 session by passing a strong suite of climate policies that:

No state in the country slid backward on climate and clean energy policy like Ohio in 2019. A single piece of legislation — HR6 — caused the Buckeye State to fumble on its clean energy future. The bill signed by Gov. Mike DeWine in late August does three things:

It’s no wonder that Vox called Ohio HB 6 “the worst energy bill of the 21st century” and the Columbus Dispatch recently wrote, “The more you learn, the worse House Bill 6 looks.”

Oregon was on the verge of making history. After years of debate, lawmakers were poised to pass legislation that would make the state the second in the nation to implement an economy-wide cap-and-trade program to reduce greenhouse gas emissions and ramp up clean energy. Clean energy executives across the country, their eyes on expansion and creating new jobs, watched closely. Then Republican lawmakers decided to walk off the job rather than do what they were elected to do and vote on the proposal. Although Democrats have the majority in the state Senate, they needed at least two Republicans to at least be present to vote. The lawmakers who walked away from their duties may have had a Pyrrhic victory, but Oregon — and all of us — lost, at least for now. (…)