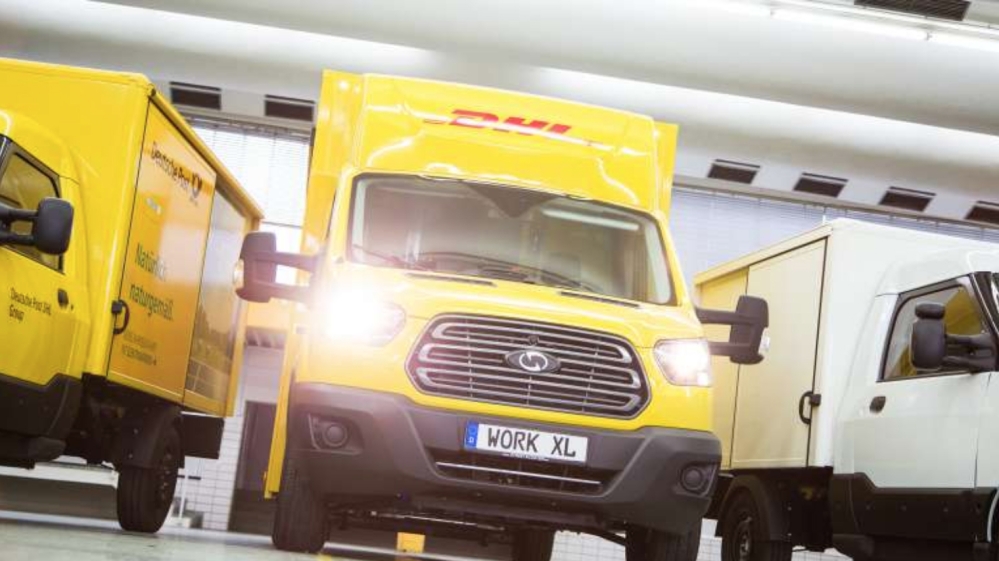 Deutsche Post DHL is set to receive an initial delivery of 100 hydrogen fuel cell-powered trucks for on-road use starting in 2020. The shipment is part of a deal that hydrogen engine and fueling company Plug Power and electric vehicle manufacturer StreetScooter signed this week.

German EV manufacturer StreetScooter launched in 2010 with a focus on zero-emission vehicles. Their first model was developed specifically for Deutsche Post delivery. Currently Deutsche Post uses 7,000 of their electric vehicles, the company says.

StreetScooter’s new electric delivery vehicles for DHL will be built with Plug Power’s ProGen hydrogen fuel cell engines, which contain its membrane electrode assembly (MEA) and metal plate stack technology. This should give the vehicles increased drive time and improved efficiency without the need for long charge hours, according to the two companies.

Adding Plug Power’s fuel cell engine to StreetScooter vans is expected to have an effective range covering distances of up to 500 kilometers (around 310 miles).

“The European Union is committed to reducing its CO2 emissions through the use of hydrogen technology by 2020,” said Andy Marsh, CEO, Plug Power. “These ambitions start to take off when private corporations take the lead and start driving these goals from the ground up.”

The world’s largest logistics and mail communication service is also a member of the Climate Group’s EV100 global initiative committing to accelerating the transition to electric vehicles and making electric transport the new normal by 2030. DHL’s goal is to offer zero emissions logistics by 2050.