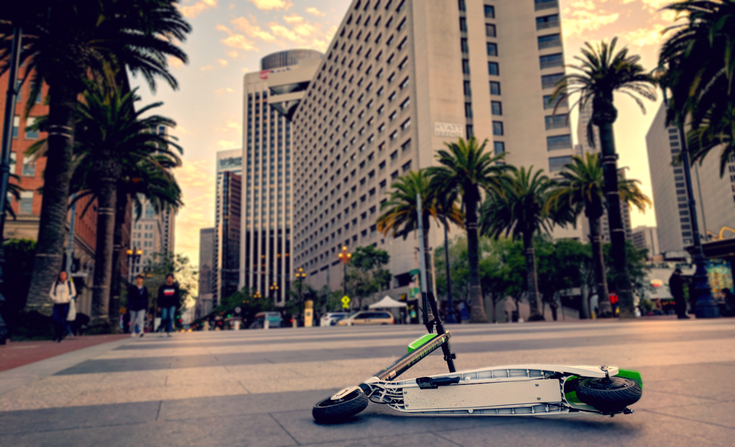 The collective sigh you heard arising from San Francisco late last week was the sound of 10 companies — some of them very well-funded and headquartered in the city — missing out on San Francisco’s valuable scooter sharing pilot program.

In a rather shocking upset, San Francisco picked just two companies, Scoot and Skip, whose applications prioritized safety, protecting sidewalks and equitable access. Those two companies also have built positive relationships with the city over the years.

The big four — Uber, Lyft, Bird and Lime — noticeably were excluded, as were six other lesser-known startups. Some of these companies’ applications were dinged for bad behavior in the past.

The news demonstrates how building city relationships is a business necessity for mobility and transportation startups. Tech companies such as Google awoke to the need for lobbyists in Washington in recent years, but building these relationships at the city level is just as crucial, if not more so.

Who knew that transportation planning degrees would become such a hot ticket item for tech companies?

Cities are continuing to evolve their transportations plans and programs to incorporate lessons learned from working with Uber, Airbnb and others. They’ve learned powerful lessons and are empowered to push back on companies that initially asked for forgiveness rather than permission.

But San Francisco’s decision, led by the SFMTA, the local transit agency, won’t be the final say in the city. There’s an appeals process for the scooter companies that missed out (Lime is filing an appeal), and there will likely be lawsuits, too. The Chronicle reported that there have already been 30 sunshine record requests pertaining to the selection process.

SFMTA’s previous decision to give exclusive bike-sharing access to a company called Motivate (now owned by Lyft) was widely criticized. SFMTA later approved dockless bikes from Jump (now owned by Uber) through a settlement, but capped that number.

San Francisco’s decision to initially cap the number of scooters to such a low number (625 scooters each for Scoot and Skip in the first six months) is being seen by some as an overreach of regulation. Critics point out that there’s no equivalent cap on personal vehicles driving around the city, which have a much larger environmental footprint than the two-wheeled scooters.

No doubt, cities will continue to figure out how to regulate new forms of mobility enough to protect residents, but not enough to stifle emerging industries that could provide new opportunities for residents and also lower carbon emissions.