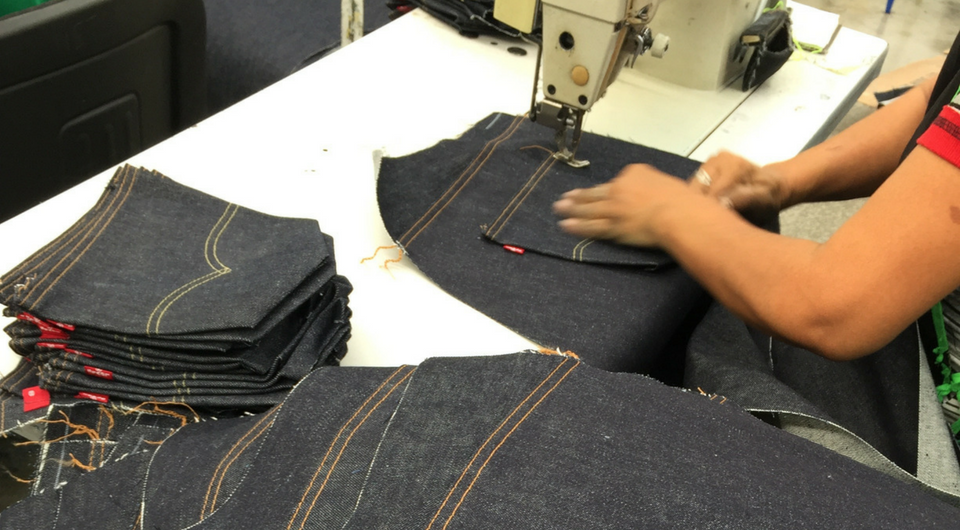 Levi Strauss & Co. announced a new climate action strategy this week that sets targets for reducing carbon emissions across its owned-and-operated facilities and global supply chain by 2025. These aggressive goals have been approved by the Science Based Targets initiative.

At the top of the company’s list is a 90% reduction in greenhouse gas emissions in all owned-and-operated facilities, which LS&Co. says will be achieved by investing in onsite renewable energy and energy efficiency upgrades.

In addition, LS&Co. is targeting a 40% reduction in GHG emissions in their supply chain. This will mainly be achieved by working with key suppliers to expand the International Finance Corporation’s Partnership for Cleaner Textiles globally, according to LS&Co. The public-private partnership provides suppliers with technical expertise and access to low-cost financing to support sustainable energy and water investments.

Within the next seven years, the company wants to be using 100% renewable electricity in company-owned facilities, which includes offices, retail stores, distribution centers, and two manufacturing plants. LS&Co.’s 2025 Climate Action Strategy says that they plan to invest in onsite renewable energy and purchase renewable energy credits.

In 2017, the company reported achieving a 25% reduction in emissions from their 2012 base year, exceeding their 2020 target ahead of schedule. They also used 20% renewable energy last year.

“We achieved this accelerated carbon impact reduction despite retail store growth in the US by investing in LED lighting at retail as well as in our distribution centers and manufacturing facilities,” the company said. “We prioritized energy efficiency, conducting a number of audits and achieving LEED Platinum certification at one of our distribution centers.”

The Science Based Targets initiative champions science-based target setting as a way to boost companies’ competitive advantage in the transition to the low-carbon economy. It is a collaboration among CDP, the United Nations Global Compact, World Resources Institute, and the World Wide Fund for Nature.

“Levi Strauss & Co. has set an ambitious science-based target aligned with the Paris Agreement for its operations and value chain, which will help bring energy efficiency and renewable energy to its suppliers in developing markets,” said Cynthia Cummis, director of private sector climate mitigation at World Resources Institute. She added that these targets are a model for business success in a low-carbon world.

The brand name apparel company called its new targets an extension of LS&Co.’s ongoing commitment to sustainability. Among its efforts, LS&Co. is a founding member of Ceres Business for Innovative Climate and Energy Policy (BICEP), a cross-industry network focused on making the business case to policymakers for advancing renewable energy and addressing climate change.

Earlier this year the jeans-maker began piloting Project Future-Led Execution, a new operating model that uses an automated digital laser-based system to cut chemicals from the finishing process and get jeans to the market faster. LS&Co. plans to roll out the model worldwide over the next two years.