Earlier this month, the International Maritime Organization (IMO), a U.N. agency in charge of shipping, agreed to cut total greenhouse gas emissions from shipping by at least 50 percent by 2050, and to pursue “efforts towards phasing them out entirely.” The race is on to find technologies that can decarbonize the 50,000-plus tankers, freighters, container vessels and ferries that make up the world’s shipping fleet. Wind power is one option being discussed.

International shipping counts for more than 2 percent of global carbon dioxide emissions, roughly the same as aircraft. But the 2015 Paris Agreement to fight climate change left control of the shipping industry’s emissions to the IMO. The new agreement is its response. 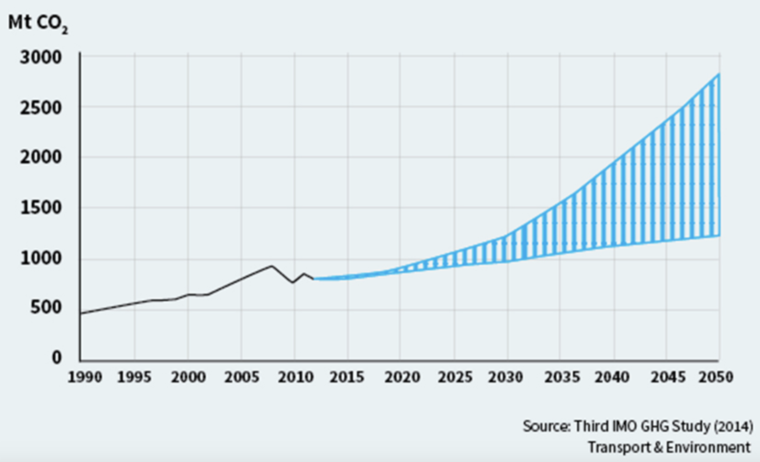 A report published just before the meeting by the International Transport Forum (ITF), a think tank run by the Organisation for Economic Co-operation and Development (OECD), found that the industry could achieve up to 95 percent decarbonization as early as 2035 using “maximum deployment of currently known technologies.”